GOOGLE ANALYTICS DEFAULT SETTING SKEWS 20% OF YOUR CONVERSION DATA! HERE’S HOW TO FIX IT. 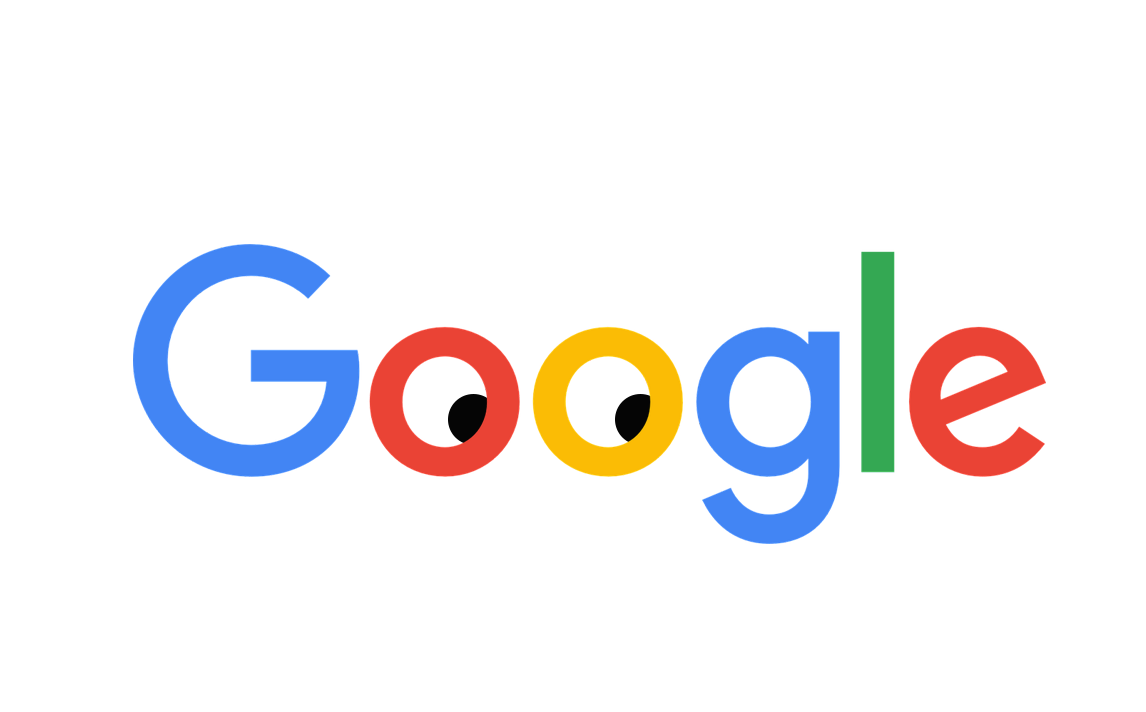 Have you ever heard of Campaign timeout setting within Google Analytics? Almost no one has and it is skewing most of your

data. Let’s have a look at the problem and how can we fix it.

What is Google Analytics Campaign timeout?

Google gives a very vague definition and explanation of what Campaign timeout (and Session timeout) are:

been stopped through another means.

Let me spare you the trouble and put this into words that most people will understand.

What it means is that whenever a user comes to your site directly, but they had come to your site previously from another

non-direct source (like organic, cpc, or referral), if the first session happened within the time window specified by Campaign

Timeout, then medium and source of the direct visit (or visits) will be overwritten.

You’ve read that right: they will all be overwritten.

All clear? No. OK. Let me give you a specific example.

If someone came to your website via a search ad in January and then again directly once each month in February, March,

all reports except one.

Instead of one paid ad session and four direct sessions, Google Analytics will show 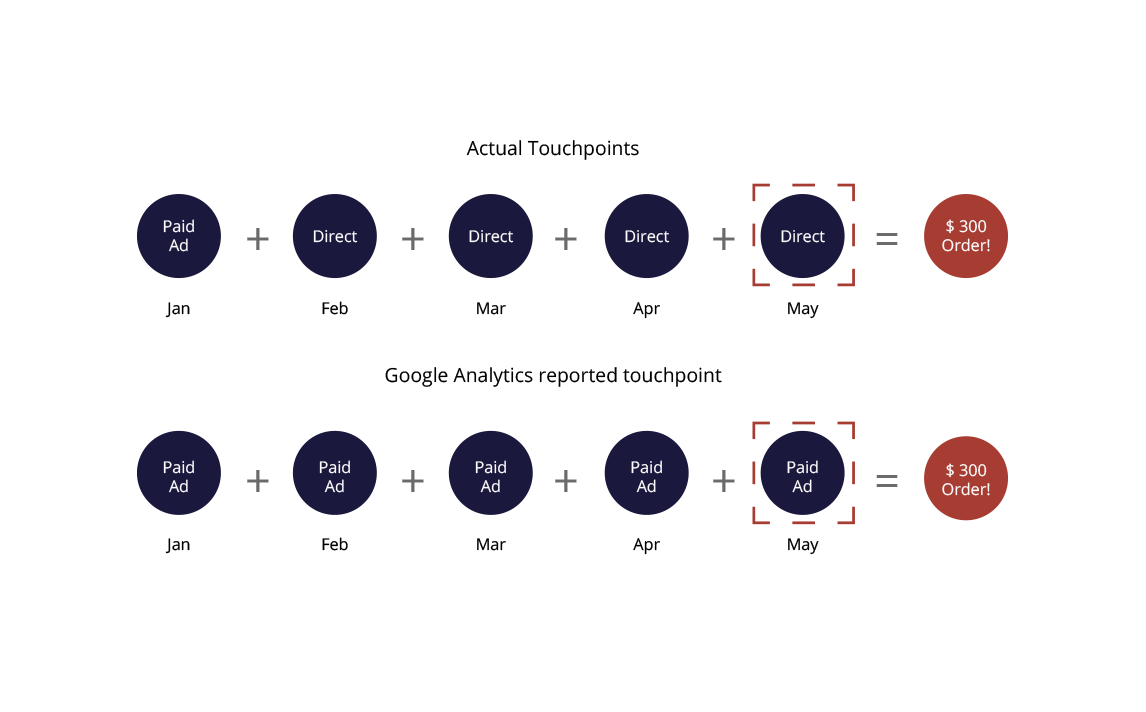 For more specific examples of how exactly Google Analytics overrides source and medium of the sessions, see this great

Is Google being evil?

The setting by itself is neither good nor bad. It’s just a different way of evaluating a performance of your campaigns. A look

that favours non-direct touchpoints over direct ones.

The problem most businesses have with it is:

1. exists in the first place,
2. it is set as default,
3. it has been skewing results of their campaigns from day one.

The lack of transparency from Google is the reason why most marketers and analysts are outraged. It’s like dating someone

for months only to find out that they don’t really own a Yacht in Monaco.

It’s like dating someone for months only to find out that don’t really own a Yacht in Monaco.

Can we blame them for having such feelings? Changing the source and medium in all revenue reports (outside of the specific

Attribution reports) without giving an explanation is not being truthful. The only place you can find any information from Google

run or expected to be relevant. Clicks to a social media micro-campaign might not be relevant for more than a few days after

Ok, so how bad is it really?

From our experience, once our clients change the setting to normal (meaning to 4 hours which is the shortest time-interval

possible), the participation of direct channel on conversions (or revenue) goes up by 20–30 percentage points.

months timeout window) – a whooping 40% increase in the performance of the channel. Which consequently is going to also

influence all metrics that you are evaluating with the help of Google Analytics data, including CPA and ROI. 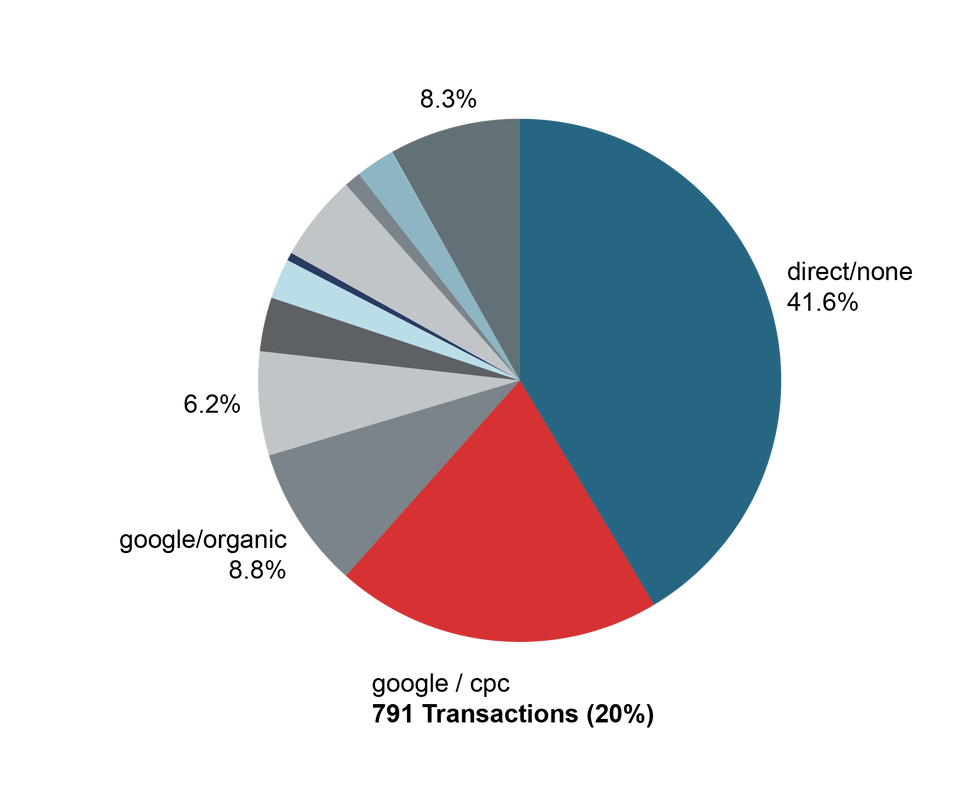 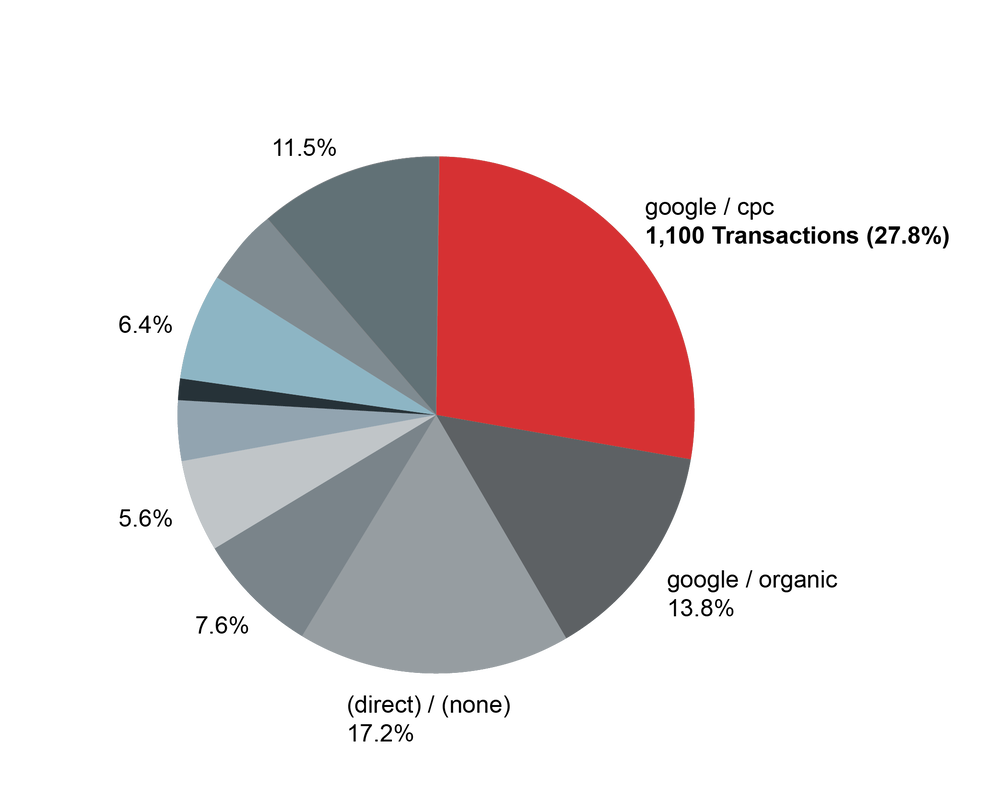 Same account, same time period. Source/medium share of traffic with Campaign Timeout set to 4 hours (left) and to the default

The participation of direct on conversions (transactions) goes down from 41,6% to 17,2%. All of that credit is redistributed to

other channels like facebook / social, google / organic or email with most of them “improving” their performance by 50–100%.

Take a closer look at the true numbers.

Why is the Campaign timeout setting even there?

Google of course will never comment on the topic. But think about it: the vast majority of Alphabet’s income still comes from its

At the same time, the majority of advertisers are SMBs who are far from being sophisticated with analytics tools and take the

results presented to them at face value.

To these users, this Campaign timeout setting artificially inflates the ROI of search and other campaigns by double digit

Is this a good thing?

actionable as you have much more sway in influencing what’s going on in those channels, ponder this:

There is another very easy way to do this in Google Analytics. Within Attribution, you can easily switch between Last Interaction

and Last Click non-direct Models (among others) which essentially does the same thing. 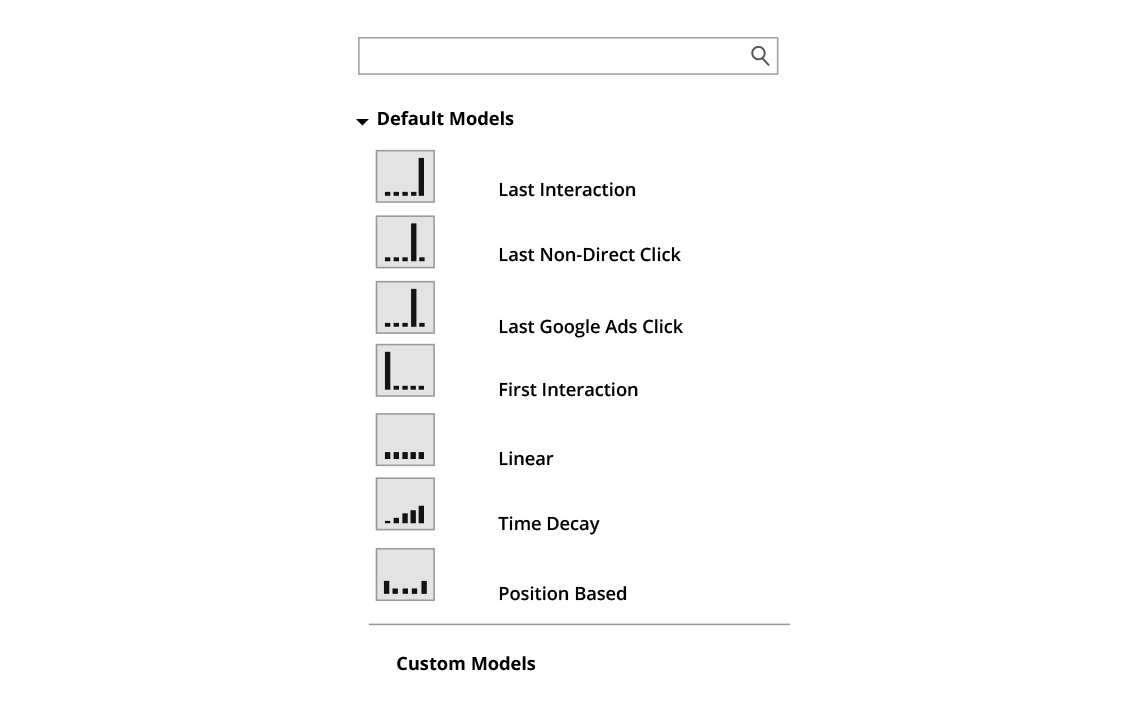 Taken together, if the only motive of Google was to give us a tool to model out where the credit from direct visits should go to,

How does this tie into Multi-touch Attribution?

The biggest sin of the approach Google has chosen is that it overwrites the source of the visit. Therefore, if you don’t upgrade

to Google Analytics 360, which most businesses never will, you will not be able to access the raw data through Google BigQuery.

many were changed. Which in turn affects all your attribution efforts.

So, no matter which attribution model you choose to examine your customer journeys with within Google Analytics – being it last

click, first click, linear or time decay – they are all going to work with data that has been artificially changed.

problem. Very much the same way you shouldn’t be a judge in a beauty contest until you fix your vision first.

How to solve the Campaign timeout setting problem? ✅

interval – which is four hours.

But hang on a minute.

If you do that, you will see a sudden drop in performance of all paid campaigns. It will throw all KPIs you have set up with

agencies and/or channel managers on your team into disarray.

And they will hate you for that.

original, with one notable exception: length of the Campaign timeout. Then run both of them in parallel. 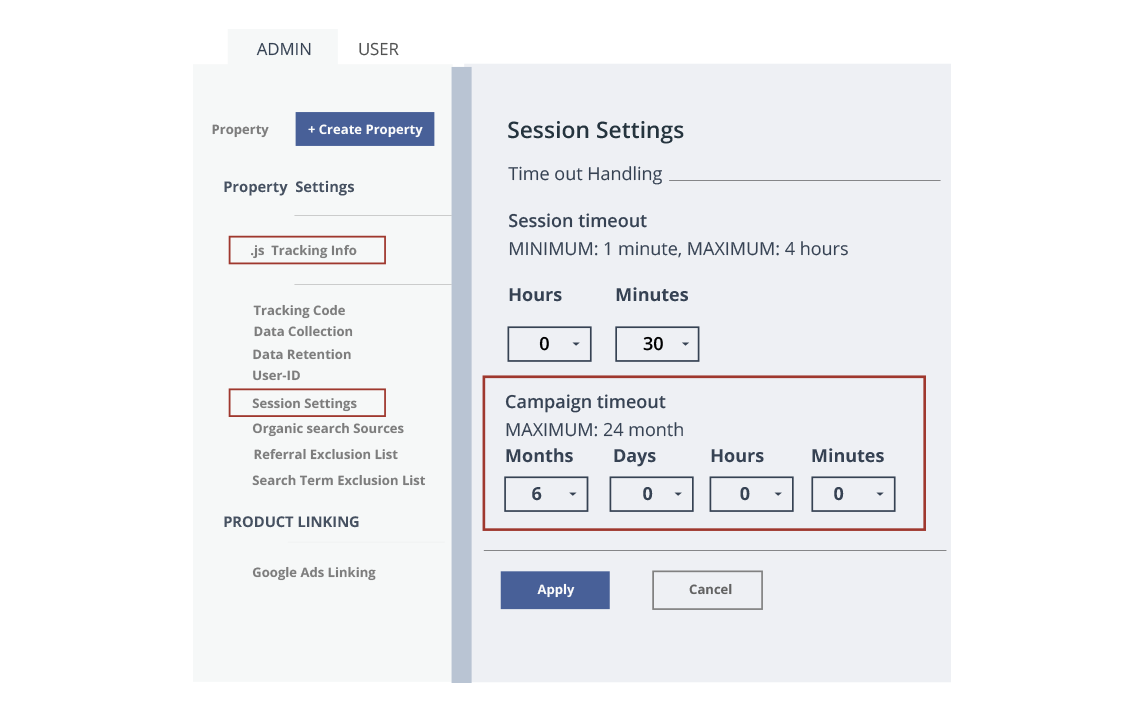 Option number two is to switch to a paid web analytics product like Google Analytics 360, AT Internet, Adobe Analytics or

Webtrakk that gives you access to the raw session level data.

Don’t ever forget that Google Analytics is a free product. Google is not making money off it directly, so it has to make them

Back in the pioneering days of digital marketing, Google Analytics allowed most advertisers an easy way to measure results

of their online activities. It played a historical role in giving data to millions of businesses which ultimately brought them ad

For one reason or another though, providing an accurate measurement somehow wasn’t enough for Google. They decided

they needed to show the results in a somewhat better light. Like this, Google was “stealing” direct sessions that advertiser

would be inclined to attribute to offline and brand campaigns for the online industry.

Everybody in digital marketing was a benefactor of this but Google by far the largest one.

Google brought the trust and ad dollars of millions of businesses into digital. But at what

cost to its credibility?

The question then remains: Can you ever trust Google again?

You be the judge.

most recent offer with Google Attribution, remember how they’ve kept everyone in the dark about Campaign timeout for a

Trusting your ad spend decisions to black-box algorithms – which most attribution vendors are – is daring enough. Trusting it

to a black box of a company that has a history of pulling your leg is a whole different game.

Further reading on the topic:

Google Analytics Does What?! by Bluemoondigital

This reply on Quora by David Jurelius

ROIVENUE™ named one of the fastest growing SaaS companies

Econea sees positive ROI on ROIVENUE within the first 3 months

COVID-19 Shield is here. Get your free e-commerce cashflow dashboard to cope with the uncertainty.